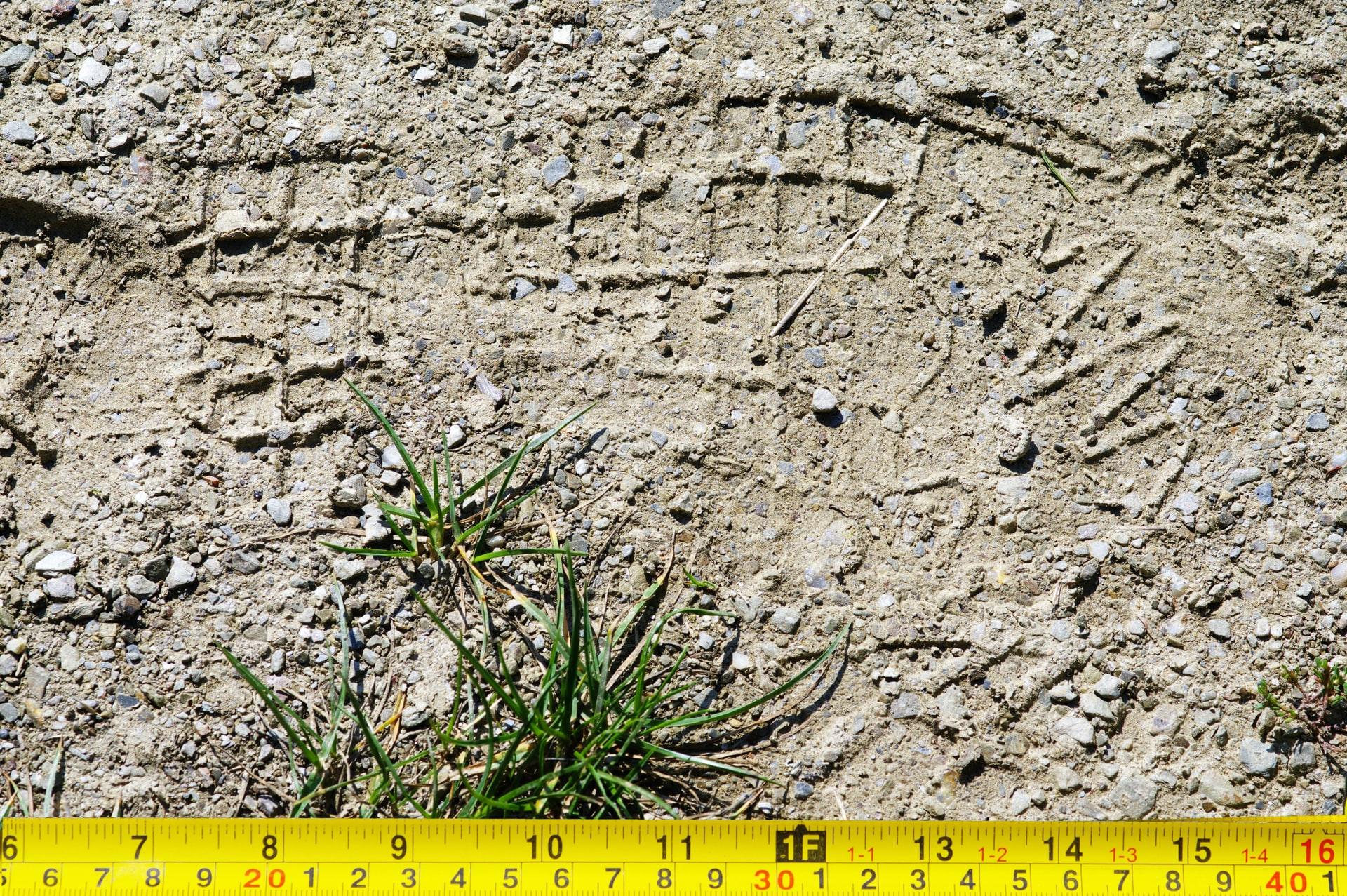 FCN hosts six vibrant research groups bringing together representatives from policing, academia and the private sector to discuss: digital forensics, drugs and toxicology, DNA, ecology, marks and traces, and visual technologies. Each group shares the latest knowledge and innovation on its topic. Here in our research round-up we provide a quick and simple digest from each group.

1. ‘Match me if you can’ – marks and traces research group

You might think of ‘spot the difference’ as child’s play, but it is actually a complex discrimination task involving many cognitive and perceptual processes.

In forensics, matching two fingerprints, faces or firearms through visual comparisons can have huge real-world consequences – but little has been understood about the psychological processes underpinning this ability until now. Is it a learnt skill or natural ability?

Studies have shown that professional examiners outperform the norm on tasks within their domain of experience – for example, fingerprint examiners are more accurate in fingerprint comparison and firearms examiners have a higher rate of correct matches than standard computer algorithms. This is likely due to the knowledge, training and experience that experts acquire in their work.

But there’s also evidence that some individuals in the general population have superior comparison skills. New research has shown there are some novices out there that naturally outperform other novices in several comparison tasks without training or experience, suggesting that visual comparison may be both learnt and a natural ability.

Researchers are now considering how to develop and implement selection tools for recruitment to test and predict superior performance, finding individuals in the population who have the natural ability to match patterns.

Dr Bethany Growns is a postdoctoral research fellow at the University of Exeter focusing on forensic science and forensic psychology. Contact b.growns@exeter.ac.uk for more information. Or read the article here: Match me if you can: Evidence for a domain-general visual comparison ability. 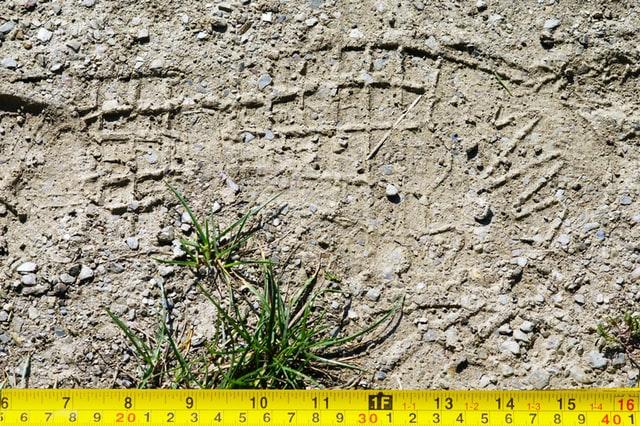 Yorkshire and the Humber Regional Scientific Support Services have been developing a ground truth database for footwear.  They are producing test marks and crime scene marks of varying complexity that show the progression of wear from brand new to worn-out trainers. This could provide a blueprint for a national approach, and through the working group a collaboration has been agreed with the Scottish Police Authority to expand the study. For more, contact Selina.reidy@westyorkshire.police.uk and Ryan.Harris@westyorkshire.police.uk

A new study completing later this year examines the challenges of using digital evidence in crime investigation while preserving ethical acceptability, civil liberties and protecting both victims and the wrongly accused.

The research, which began in 2018 and has reviewed 34 police forces, looks at digital forensic capabilities, operational arrangements and professional tensions.

Three case studies have been produced covering: case management and chains of evidence; obtaining and maintaining accreditation; and the use of digital evidence in court.

Findings show that although awareness of digital forensics is growing, the pace of organisational change remains slow. Many police officers do not know how digital forensics can contribute to an investigation. This perpetuates a ‘seize everything’ approach, against national guidance. Furthermore, officers often submit devices for forensic examination without a clear investigative strategy, which leads to delays and increases backlogs.

Gaps in IT infrastructure and unsuitable case management systems impact substantially on the prompt delivery of digital forensic support to investigations.  While most forces continue to use the National Policing Improvement Agency (NPIA) risk assessment metric, they recognise it’s no longer fit for purpose. In terms of ISO17025 accreditation of digital forensic units, this has increased short-term workloads, although long-term it is seen to reinforce the professional status of the practitioners through proficiency tests, competency and training.

The research found widespread occupational strain and low job satisfaction among digital forensic practitioners. Many examiners hold as little as five-to-seven years in role, experience organisational ‘change fatigue’ and a lack of recognition for their work. Added risks to examiners’ welfare are the sheer volume of data examined and a lack of diversity in their workload. New roles such as Digital Media Investigators lack support, training and a clear CPD. Widespread professional tensions illustrate a failure to align responsibilities across policing roles and the need to develop long-term strategies and system-aligned approaches.

Professor Dana Wilson-Kovacs from Exeter University is conducting the ethnographic analysis of digital forensics in policing in England and Wales. Contact M.D.Wilson-Kovacs@exeter.ac.uk

The technology for using infrared (IR) to search and recover blood staining on dark clothing has been available for several years but underutilised in the UK.

The Metropolitan Police Service has recently been accredited for this technique and has incorporated IR as part of routine examinations for blood. The Met found IR was more time-effective, more flexible as it can be used in labs or at crime scenes, and reduced the risk of contamination as it is hands-free.

Its study looked at technology from low-end to high specifications and applied a scoring matrix to blood stain detection, as well as comparing with white light and also diluted and transfer stains.

Research is underway to better understand the efficacy of drug test and urine collection kits for reported spiking incidents, through a collaboration between a Master’s student project and private provider Forensic Access.

Another trial is due to start with a UK police force using near infrared (NIR) technology for drug screening linked to mobile technology. 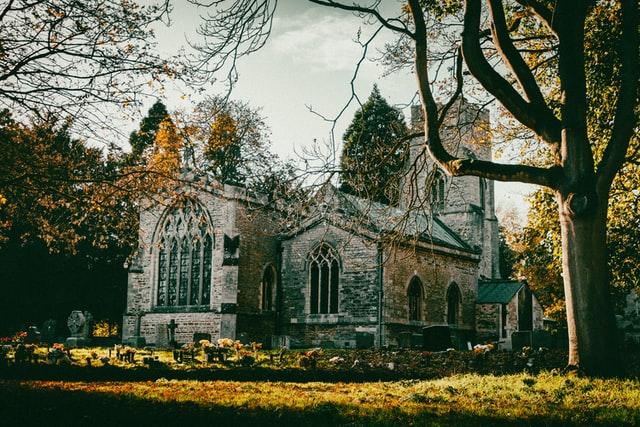 More than 70,000 listed buildings were affected by crime last year, or nearly one in every five.

Forensic science has supported and led to police prosecutions for this heritage crime through ecology evidence produced by soil and diatoms (that’s a type of microscopic or single-celled algae). The environments and surfaces in heritage buildings pose particular challenges for conventional forensic recovery techniques.

Some sites are frequently targeted by organised crime groups including listed buildings and monuments. The biggest single threat is metal theft, and the most threatened type of building is a church with three out of eight religious buildings damaged by crime last year.

Historic England commissioned the research into the scale of heritage crime in England. For more, contact Dr Rosie Everett at Northumbria University on rosie.everett@northumbria.ac.uk

The areas of research interest for each working group are agreed and published on the FCN R&D pages.

Little has been understood about the psychological processes underpinning this ability - until now...

Although awareness of digital forensics is growing, the pace of organisational change remains slow... (see item 3)

More than 70,000 listed buildings were affected by crime last year - or nearly one in every five... (see item 6) 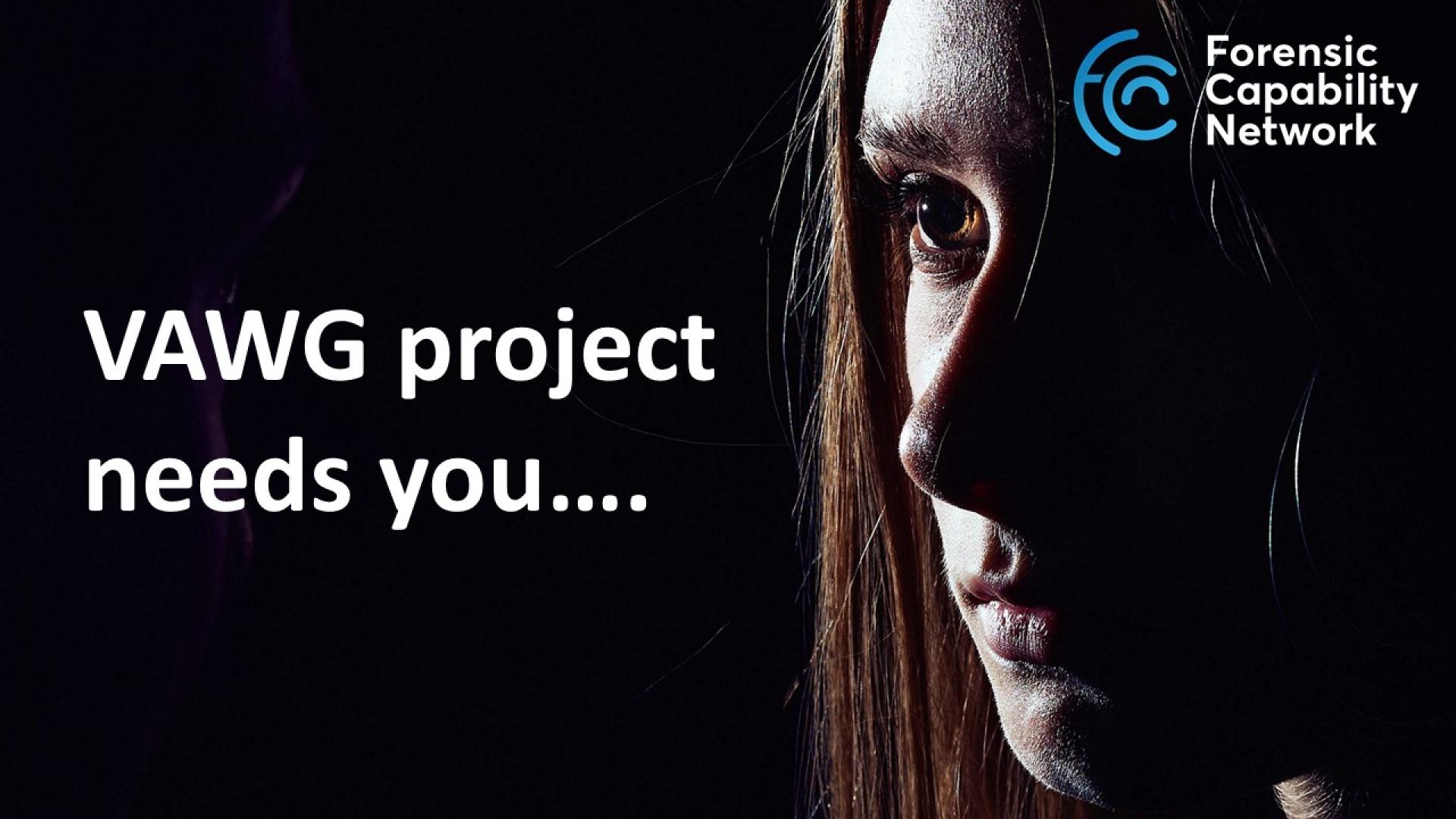 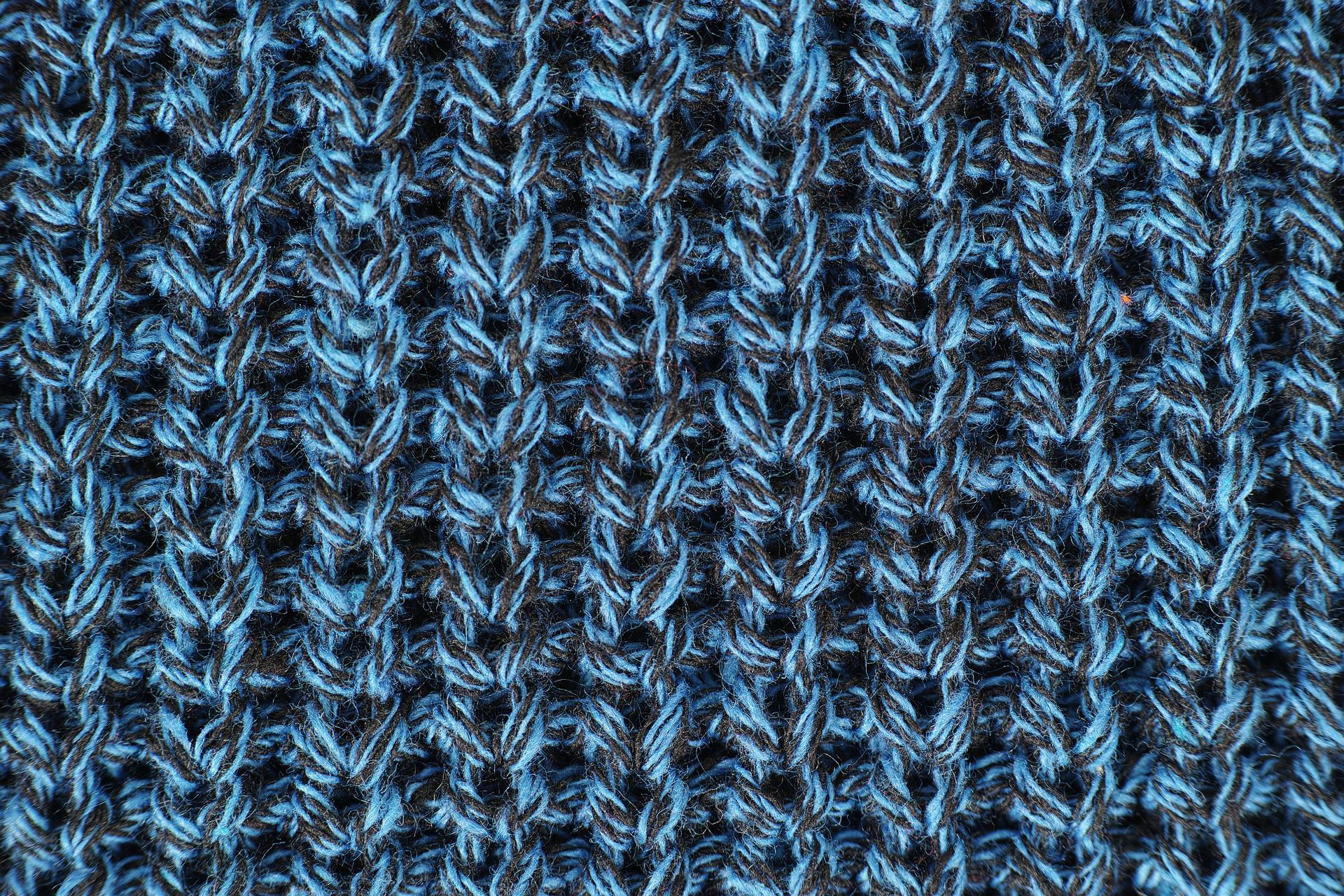 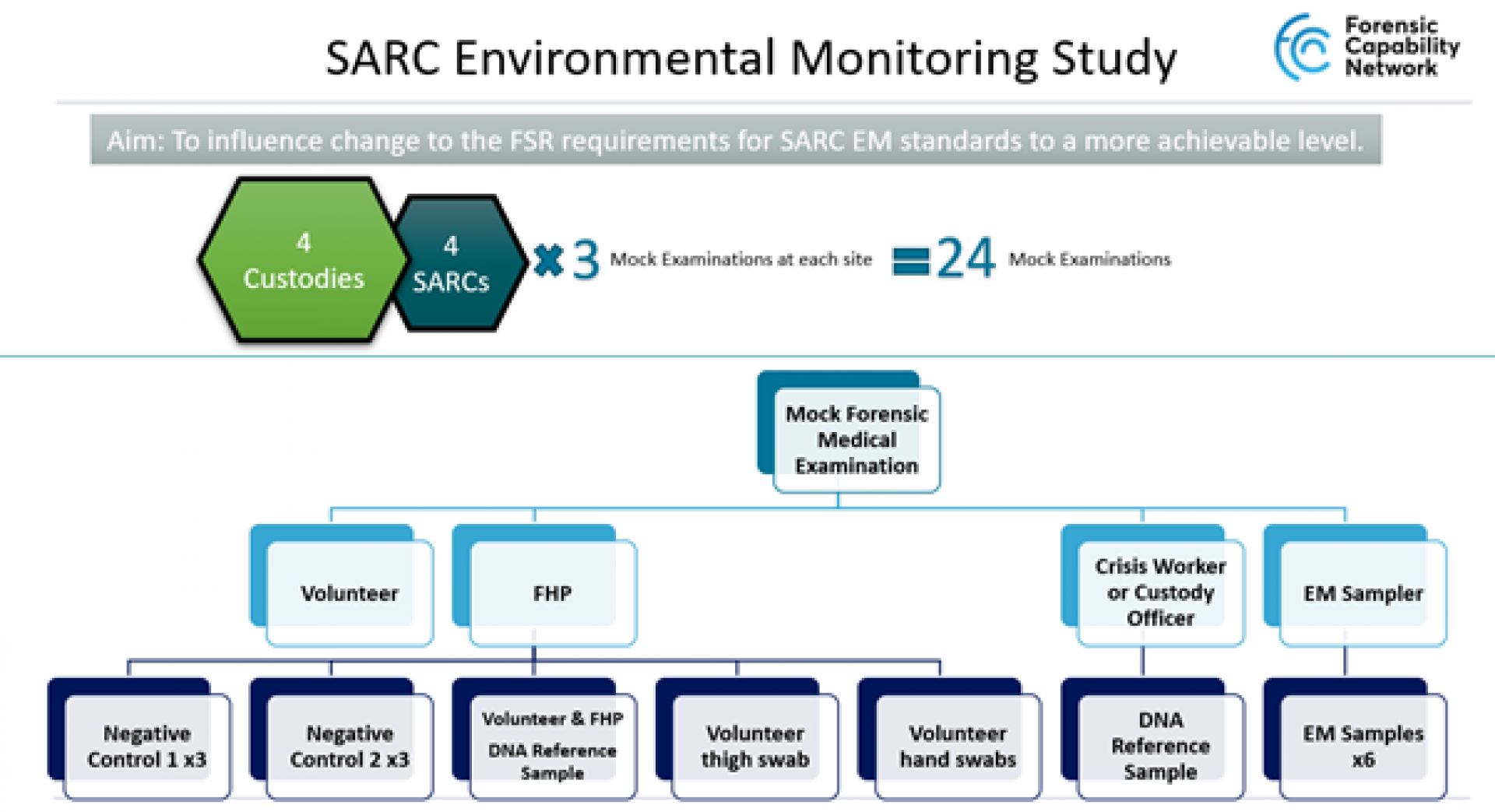