Why we put policing’s overlooked capability under the microscope 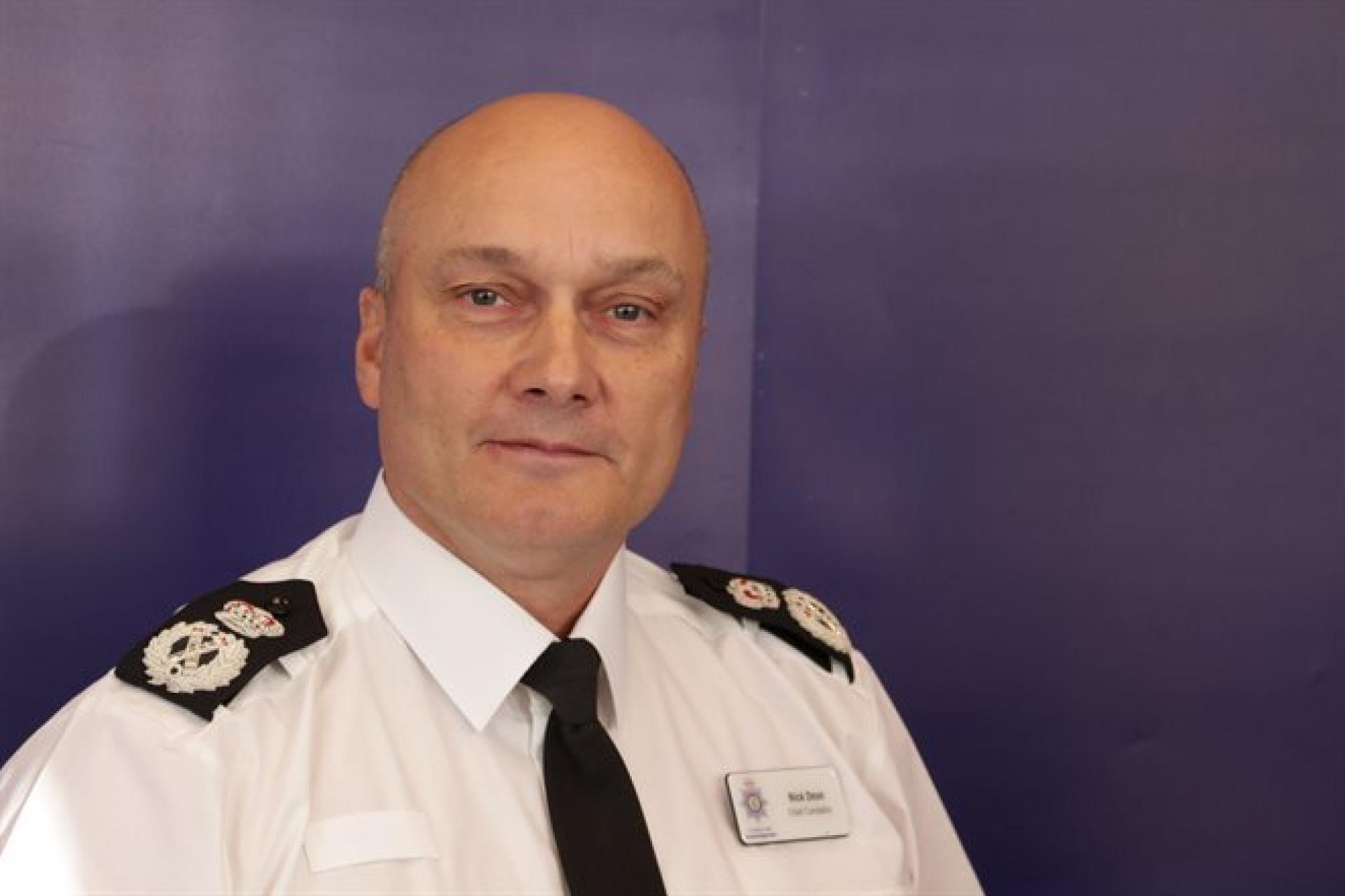 Forensic science is often overlooked as a niche part of policing. But after six months as the new NPCC Forensic Lead, Chief Constable Nick Dean argues that forensics is vital for enabling crime investigation and prevention, and sets out a raft of changes which could help policing restore public trust.

Last October, NPCC asked me to become its new lead for forensics. It’s a role which I’m hugely grateful for and have been doing my best to live up to on behalf of policing’s forensic leaders and practitioners nationwide.

I have some history with forensics and was the regional forensic lead for the Eastern 7 forces including my own force Cambridgeshire. What have I learnt in my first six months? Lots, but let me focus on two things.

First, I realise that I should have had a better appreciation as a Chief Constable on the periphery of forensics, of just how important and wide-reaching this capability is, especially as an enabler of police investigations and crime prevention, and achieving justice for victims and the public. This may sound obvious, however, without making excuses, some things never quite reach the top of your in-tray.

Second, it’s clear to me that the way policing delivers and procures forensic services within the wider landscape is at a vital turning point—which is why we’ve spent the better part of a year engaging with the whole forensic and policing community to chart a new course.

This April, we head into the new year in a strong place, with a nationally enabled forensic capability backed by the police community, and with the priorities of the public firmly in our sights.

Forensics is vital for enabling services across the crime investigation, criminal justice and prevention agenda. The science may be less visible and even less exciting than other areas of policing. It is meticulous, precise, often painstaking work, something which forensic practitioners in policing and the private sector know better than I do.

But when I think of the top priorities of the public and the government—critical issues like tackling violence against women and girls, fighting child sexual exploitation, building confidence in the criminal justice system—none of those can succeed without forensics.

Take investigations into rape and other serious sexual offences (RASSO). In around two-thirds of RASSO cases forensics helps generate lines of enquiry, inform interview strategies and validate or refute accounts of events, according to Home Office research published last year. Most striking, in around 15-20% of cases forensics is the only method used to identify a person of interest, generate a line of enquiry, or secure a guilty plea. Talk about vital.

So, while much of the NPCC’s attention is on the national picture of serious and organised crime, counter terrorism and other types of criminality, for any of these areas to operate you need forensics.

Similarly, I say to my new recruits that the fact you grab hold of an offender and arrest them is not the issue when it stands at court. It’s continuity of evidence, it’s the accreditation of that evidence, all of which lies within the forensic world. The reason that officers can stand there confidently in the box is because of people like our forensic practitioners, working behind the scenes making sure things are done right. Maybe you can tell, I’m a huge advocate for the fantastic forensic work going on locally and nationally.

Putting forensics under the microscope

As forensics is crucial to policing, it’s crucial we get it right. But there is a whole raft of challenges in how we deliver forensics—an often-fragmented approach between forces, a fragile private marketplace, a digital forensic backlog, a steep path towards gaining accreditation.

These are big, structural issues which we need to resolve nationally. But new approaches like the Forensic Capability Network (FCN) established in April 2020, and the NPCC Transforming Forensics programme set-up to create new national forensic capabilities, frankly have struggled to gain traction. Much of the hesitation to get behind a national approach is unfortunate in my opinion, but that doesn’t mean it doesn’t exist, and now is the time to address this important issue.

All this was put under the microscope during last year’s independent strategic review led by Sir Craig Mackey, the Met’s former Deputy Commissioner, and ably assisted by the Police Scotland. Most importantly, the review engaged across the whole forensic and police community, and its recommendations fully reflect their diverse views.

The community asked for three things from my forensic portfolio. They said FCN needs a more focused remit on nationally coordinating forensic quality and science, with less focus on leading high-volume tech projects. They said TF’s projects need a clear completion plan. And they said that any new programme activity should prioritise digital forensics to help embed quality, reduce the backlog and create sustainability.

Following on from the Mackey review’s publication, we accepted the recommendations and spent several hours as Chief Constables over the course of many months agreeing how to take them forward. This brings me to today, the start of a new year.

A portfolio powered by policing

I’m pleased to say that those three key community requirements are being met, thanks to a £25.6m investment from the Home Office’s police grant. FCN has a new remit, the TF programme will close in 12 months, and a new digital forensics programme has begun.

In the meantime, I have been strengthening our forensic governance and decluttering the portfolio, as a way of giving clarity on the forensic landscape. A new group comprising forensic leaders representing each force, and chaired by a senior forensic leader in West Midlands Police, has been put at the heart of the portfolio. They will influence and act as a sounding board for the portfolio, including FCN. A Chief Constables’ reference group will play a similar role, thereby ensuring community buy-in which is vital.

The portfolio has its direction and its influencers, but it needs an engine to actually deliver the work too. I’d like to emphasise something here. Although I’ve been involved on the side-lines of forensics for a while, I hadn’t realised how integral the work of the FCN is to the wider forensic portfolio.

FCN has coordinated several national operational issues, acted as a hub for data and knowledge, published new national guidance, helped forces prepare for accreditation, enabled research projects, hosted learning events—most of which wouldn’t have happened otherwise, or would have fallen to forces locally or regionally.

Now, when a forensic issue or a question crops up, we know who to turn to in order to assist. A lot of this work goes on behind the scenes and often is not recognised. I’m pleased that FCN has its new remit set by the community and now can get on with what we need from it a nationally enabled capability.

As for the programmes which power the portfolio, TF may close in one year but I hope its good work lives on. The new digital forensic programme which we’ve established will be delivered jointly by the forensics portfolio, in particular the work under digital forensics and the Police Digital Service—we bring the forensic expertise, they bring the technical delivery expertise.

Forensics for the future

As you can tell, there’s a lot going on in the world of forensics. I’m really grateful to everyone in the community who has helped us chart this new course, and to those in the FCN, programme and the whole portfolio for their hard work.

If I could leave one message with my fellow Chiefs and with you, it’s that we can’t view any of this in isolation. We need the forensic community, the FCN and the new programme to move forward as one and work in partnership, bringing in private providers and academia too.

If we achieve that it will create better forensics and better investigations, and will ultimately benefit policing, the public and victims of crime. We have a vital capability here which policing relies on day in, day out. I hope you’ll join me in making forensics fit for the future.

Forensics is crucial to policing, so it’s crucial we get it right. 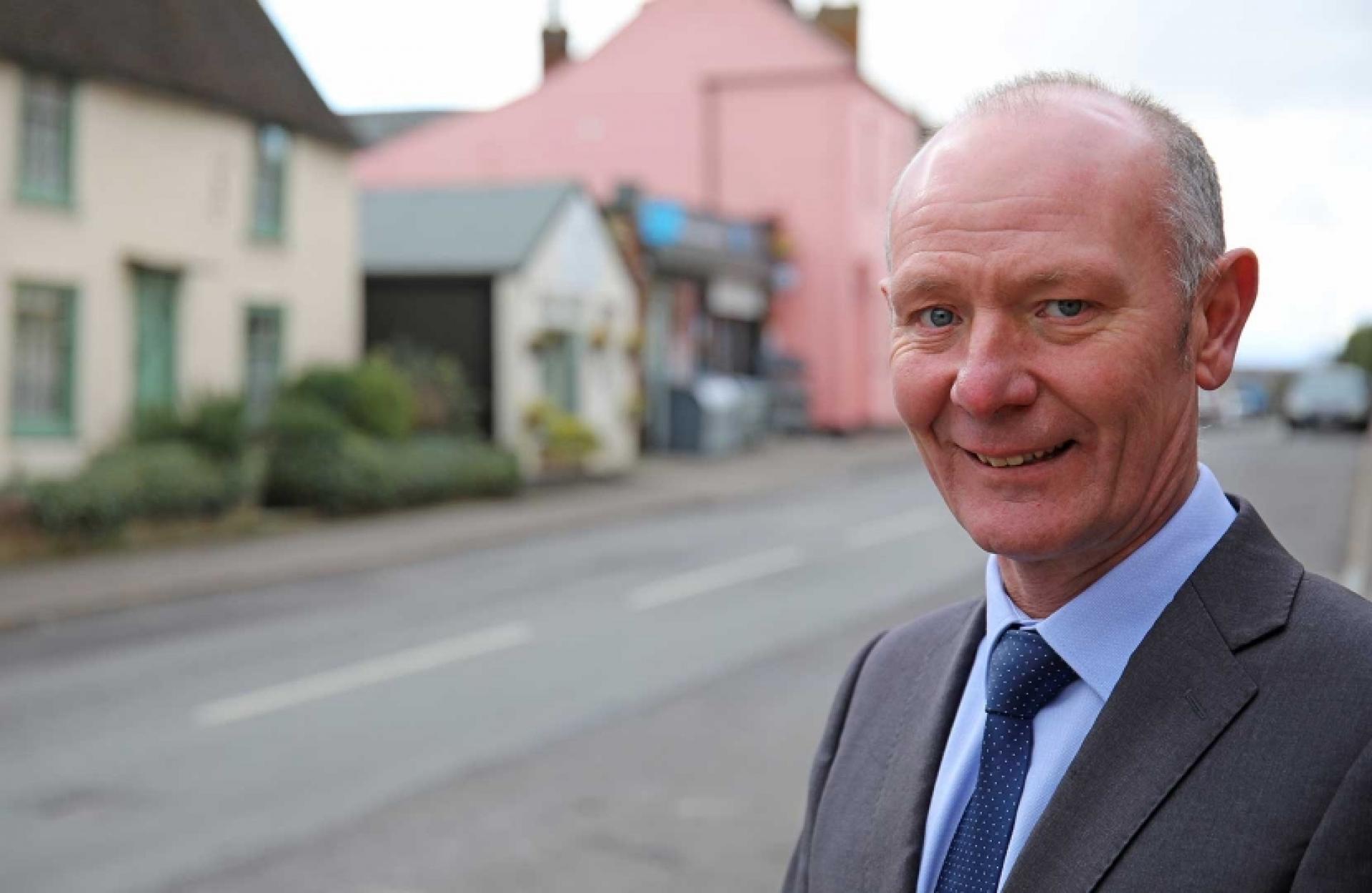